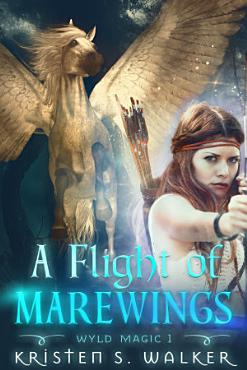 Marewings: part horse, part demon, all monster. Only the bravest riders dare to catch and tame them, and most die in the attempt. Not the best choice for a young woman who only knows how to run a farm. But Korinna is running out of options. Her father, the duke of Kyratia City, danced himself to death in a strange madness. He wanted her to marry his warlord, Galenos, and inherit his titles. But the power-hungry Council seized control of the city and left her with nothing. Her father’s ghost haunts her, demanding more. The duke’s mage warns that the dancing madness is spreading while the usurping Council does nothing. Galenos promises to take the city back by force, but then he won’t need Korinna. She’s not strong enough to fight alongside him—unless she becomes a marewing rider. One chance to catch a marewing and learn to fly. Or her father’s spirit could haunt her forever. Keywords: female warrior, epic fantasy series, high fantasy, noblebright, strong female protagonist, strong female character, mage, magic 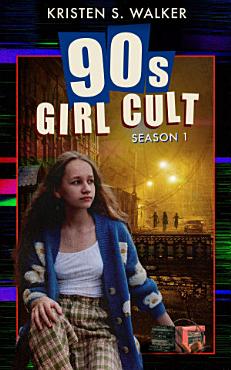 Four best friends, a pact with dark powers, and the ultimate revenge. From author Kristen S. Walker comes a young adult paranormal thriller for fans of My Best Friend’s Exorcism by Grady Hendrix and The Babysitters Coven by Kate M. Williams. Something dark lurks in the woods. She started using witchcraft with her friends as a game, a way to vent her frustrations. But dark magic answered their call. Terrible things happen to the people Katie hates, and she’s not sure if she is responsible. Katie is thirteen years old and in the seventh grade. She just wants to focus on schoolwork and band practice. But after she broke up with her boyfriend, he spread nasty rumors about her, and now she’s being targeted by bullies. Does witchcraft really work? Could it give Katie the answer to her problems? Time to take power and get revenge. Set in the late 90s, this paranormal thriller follows a group of teen girls in the Santa Cruz mountains of California. If you love rebel girls, witchcraft, 90s nostalgia, revenge on ex-boyfriends, and female friends, put on your favorite music from the 90s and read the 90s Girl Cult series! 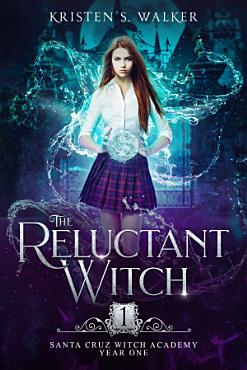 The Reluctant Witch: Year One

From author Kristen S. Walker comes a young adult urban fantasy academy about witches and clean lesbian romance. A young witch who just wants to be invisible. A beautiful mermaid who doesn’t belong. A secret relationship that threatens the entire academy. Brie only agreed to try the witch academy to make her mother happy. She assumed she would learn Water magic. But when the students were assigned to their Elemental classes, she ended up in Earth. The list of reasons for her to leave the school keeps growing—her roommate is a bully, she doesn’t understand her classes, and everyone judges her for her infamous family name. Then a beautiful mermaid named Gabriella catches her eye at the beach. Merfolk aren’t allowed in Santa Cruz because they’re dangerous killers, but Gabriella is friendly and kind. She agrees to show Water magic to Brie as long as she keeps their meetings a secret. Brie lies to everyone about Gabriella, even when her Fae mentor asks her to investigate merfolk. But when the secret relationship strains her friendships, tanks her grades, and threatens her position at the academy, Brie learns that love comes at a high price. She must choose between her first love and her magical school—or lose everything. The Reluctant Witch is the first book in a YA urban fantasy academy series. It features the daughter of Rosa from the Fae of Calaveras trilogy, but it takes place twenty years after the original series and does not require prior reading. If you like teen witches, magical schools, and introverts who have to overcome their wish to be left alone, you’ll enjoy Kristen S. Walker’s latest novel. Buy today! Rated PG-13 for mild profanity and sexual references. LGBTQ characters and relationships. Look for the Santa Cruz Witch Academy series: Third Generation Witch: Applications The Reluctant Witch: Year One The Salty Witch: Summer School The Daring Witch: Year Two 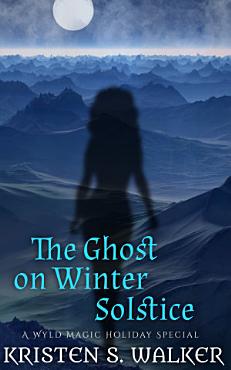 The Ghost on Winter Solstice

A ghost appears in a pregnant woman’s room on Winter Solstice Eve. Is it a warning for her future or revealing secrets of the past? Mercenary-turned-duchess Korinna is about to publicly announce her new pregnancy on the Winter Solstice. But a ghost appears in her bedroom the night before, making her fear for the unborn child’s life. When she asks her husband for help, both are surprised to find out the truth about the spirit. Dedicated to those who have served in the military and paid the ultimate sacrifice. “The Ghost on Winter Solstice” is a holiday story of Wyld Magic, the epic fantasy series. This takes place during the middle of the events of book two, A Pride of Gryphons, but it can be read as a stand-alone. Look for the Wyld Magic series: A Flight of Marewings A Pride of Gryphons Also try the spin-off novel, The Voyage of the Miscreation. Related stories: The Duke’s Daughter Together We Will Fly The Ghost on Winter Solstice 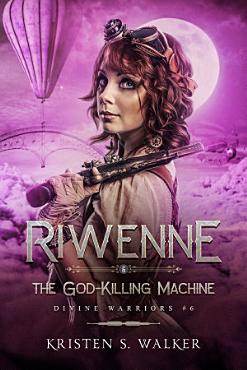 A teen girl has become a prophet of legend. Now she faces her greatest challenge: killing the sun goddess who oppresses her people. Riwenne has performed countless miracles and saved hundreds of thousands with her powerful magic. With the aid of the moon goddess, she has turned back time and reversed death. The empire is falling apart and its people are looking to the rebels for help. For the first time in centuries, there is hope of a better future. She’s ready to end the violence and find peace. But her greatest enemy, the sun goddess Chysa, isn’t going down without a fight. She transforms the empress into a demigod who can bring death and destruction on a scale they've never seen before. And together, they make a machine that can kill gods. To stop the sun goddess once and for all, Riwenne must get her hands dirty again. This time, the evil goddess won’t stop at imprisoning her rival gods. The sun and the moon goddesses are locked in a battle to the death. Riwenne's friends aren't strong enough, so she'll need the help of her own rivals. Time for her to fulfill her destiny and kill a god. Riwenne & the God-Killing Machine is the final book in a steampunk fantasy series for teens. If you like magical girls, lesbian romance, and clashes of the gods, then you’ll love Kristen S. Walker’s series of guns and gears. Preorder it today! 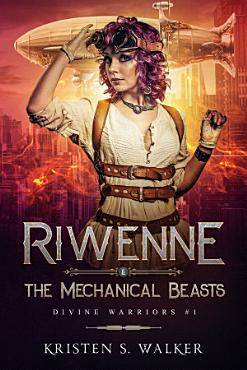 From author Kristen S. Walker comes a young adult steampunk magical girl adventure with fantasy and LGBTQ characters. A clumsy school girl with the magic of a goddess. Mechanical beasts attacking her friends. Can she become a divine warrior and save the floating city? Fifteen-year-old Riwenne is bad at school, chronically late, and lost in a daydream, but she has help from her best friend, Nexita—until the two of them get separated. During the mysterious test on Choosing Day, they both wanted to become priestesses, an important job in the sky city. But only Riwenne became a novice, and Nexita was chosen by the engineers. Now she’s on her own for the first time in her life. When a talking bird tells her that her best friend is under attack, Riwenne faces her worst fear. She must become a divine warrior and save her best friend from mechanical beasts! As she juggles warrior training and priestess duties, Riwenne can’t let herself get distracted. She must recruit other warriors and lead the quest to find out the mystery behind the mechanical beasts, but most of all, she must follow her heart. If she fails, the gods will judge her. Riwenne & the Mechanical Beasts is the first book in a steampunk fantasy series for teens. If you like magical girls, monstrous machines, and high-flying adventures, then you’ll love Kristen S. Walker’s series of guns and gears. Buy it today! Rated PG for mild violence and death. Contains no sex or swearing. LGBTQ+ characters and relationships. Look for the Divine Warriors series: Riwenne & the Mechanical Beasts Riwenne & the Bionic Witches Riwenne & the Airship Gambit Riwenne & the Electrical Prophecy Riwenne & the Ethereal Apparatus Riwenne & the God-killing Machine And also check out these bonus stories: Amena's Rise to Stardom! The Girl Who Talked to Birds Vilqa's Gift for the Sea Goddess