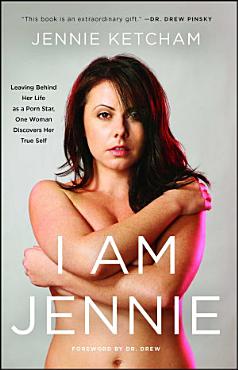 Drunk and high, holed up in a hotel room with a beautiful blonde she barely knew, Jennie Ketcham was thirty-six hours away from entering rehab. Her on-camera alter ego, Penny Flame, was a rising star. Her personal life, however, had been getting worse for years and finally hit an all-time low. Guys are gonna want one thing from you. To Jennie’s young ears, her father’s advice meant one thing: You can use your sexuality to control men. Life was imploding around her: her parents’ divorce, their spiraling addictions, her deteriorating relationships with them. She lost her virginity at thirteen and began a game of initiating boys her age into manhood. For the fleeting moments she spent in bed with them, she got to be the center of attention. Eventually, Jennie found porn—that enticing world of immediate gratification, endless drugs, and seemingly endless money—and became Penny Flame. Divorced from her feelings, tempted into a lifestyle she couldn’t afford, financially or emotionally, she entered Sex Rehab with Dr. Drew to boost her career. But when Dr. Drew and his staff insisted she go by her real name, the once indestructible walls she had built around herself began to burn down. Two stories make up this direct and disarming memoir: that of a troubled girl desperately fleeing intimacy and herself, and that of a woman courageously breaking down emotional barriers to build a new life. Many will recognize Jennie’s struggles: confusing sex with self-worth, addiction with love, detachment with strength. Ultimately, I Am Jennie is a tale of a woman who considers herself a work in progress but who finally understands that the only person she can truly afford to be is herself. *** I had never allowed myself to wonder why i ran from people, from connection, from what Dr. Drew was labeling as intimacy. I had never questioned why I habitually hurt the men I dated, or the people in my family. I had never thought: Jennie, why are you doing this? In the past, I had simply acted, and then moved forward. If I felt like crying, I shut the emotions down. This quality made me a good porn star. But it suddenly didn’t seem like a great way to live. “It’s a wall,” I whispered. “What do you think is behind that wall?” Dr. Drew said. He looked directly in my eyes. The thought of something existing behind this impenetrable wall was horrifying, exhausting. I grabbed a Kleenex, thinking if I could make the perfect triangle, I could dab my inner eyes without disrupting the glue that held my fake eyelashes in place. “Hopefully, a caring, sensitive person who can have meaningful relationships,” I said. 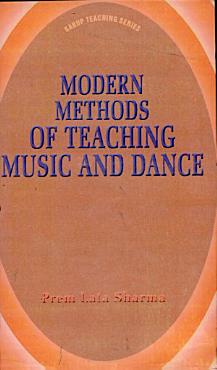 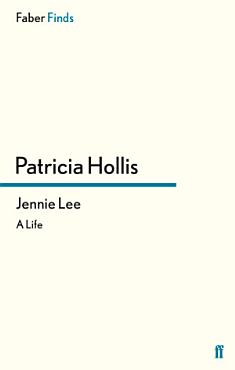 First published in 1997, Patricia Hollis's biography of the pioneering Labour MP Jennie Lee (1904-1988) won both the Wolfson History Prize and the Orwell Prize. It is the definitive study of this remarkable woman, her stormy political career, and her marriage to Aneurin Bevan. In a new preface to this edition Hollis adds insights into Lee's life which emerged subsequent to first publication, and also draws on her own experience as a Labour Minister from 1997-2005. 'Lee's lives and loves, passions and drives are beautifully and frankly explored in Patricia Hollis's compelling book.' THES 'Superbly researched, engrossingly written, scrupulously honest.' Gerald Kaufman, Daily Telegraph 'What makes it particularly fascinating is the author's own first-hand knowledge of politics and of the Labour movement.' TLS 'One of the best political biographies of recent years' Alan Watkins, New Statesman 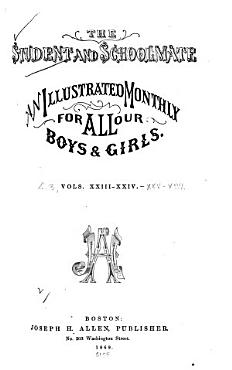 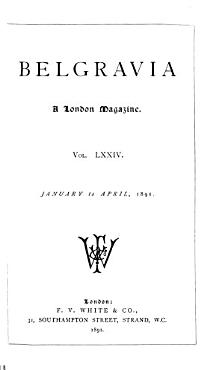 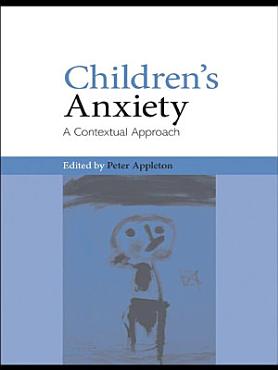 Children’s Anxiety: A Contextual Approach provides an introduction to anxiety in children and teenagers, emphasising the importance of understanding the life circumstances of young people. The book provides an up-to-date account of research on the developmental, familial and social context of child anxiety, along with nine vibrant and detailed case studies illustrating the ways in which young people can be helped to deal with serious and complex anxiety problems. In order to begin to understand complex anxiety within children’s life circumstances Part One of the book provides the reader with a developmental framework for thinking about children’s anxiety. Part Two then presents nine in depth case studies, organised not by the type or nature of anxiety but by the context within which problematic anxiety can occur. Part Three acts as a summary of the key points emerging from the clinical case studies. This book will be essential reading for those working and training in the specialist field of child mental health, as well as community and hospital professionals working with children and young people, including teachers, doctors, social workers and nurses. 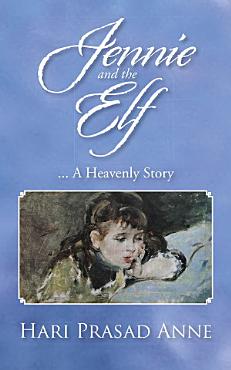 Jennie and the Elf

She could no longer hear the twitter of birds or rustle of the leaves. Is there no place where people are always happy and kind? she thought. Then suddenly a great darkness fell all around her, like a night without the stars and the moon. Little Jennie is in love with the world until a tragedy throws her a grim revelation. Drowned in misery, she rejects the world as it is and dreams of finding her place in a faraway land of kindness. And when one wishes with a true heart, anything could happen! 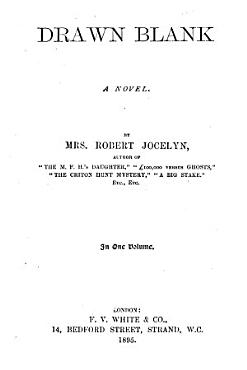 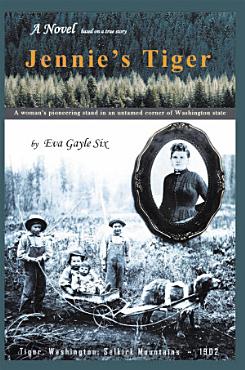 Jennie's Tiger: A Woman's Pioneering Stand in an Untamed Corner of Washington State

The West’s pioneering experience has been both documented and dramatized enough to give us all some impression - for right or for wrong - of what pioneers were and what they did. Some of those impressions are dryly accurate, and some are excitingly fictitious. Jennie’s Tiger is neither - carefully researched and truthfully told, it gives a reliable view of the homesteading experience as well as an engrossing and moving story of strong characters making for themselves the life they want. The real Wes and Jennie Wooding homesteaded 160 acres on the Pend Oreille river in northeast Washington state from 1900 till 1923. Life before this chapter of their lives had been consistently hardscrabble and sometimes tragic. Building their own home on their own land was the greatest success and the greatest contentment they had ever had. They arrived at Tiger’s Landing by steamboat with three small boys and cut down enough trees to build a 14’ X 24’ one-story house to shelter them. In that house, named Hawthorn Lodge, they soon added a fourth boy. Like most settlers with no cash, Wes had to work “outside” to earn the money for Proving Up the homestead. He walked several hundred miles looking for the work he knew, in the mines. A devoted member of the Western Federation of Miners and a sincere Socialist, Wes was ambivalent about the Wobbly movement and glad when, after the required seven years, he could stay at home and make his life at Tiger’s Landing with Jennie and the boys. While Wes was away, Jennie was entirely capable of sheltering, feeding, clothing and raising the boys with her own skills. With help from the children, she chinked the cabin with river mud; she kept the table laid with game and fish she provided and produce she grew; she made furniture for the bare house; she skillfully sewed clothes for the family. She gradually turned the subsistence farm into a lucrative business. Fearful of missing Wes’s letters, she started the first post office in her community. As the boys reached school age, she donated land and saw that the first school began to operate. Bringing with her skills and medicines, she became doctor, nurse and midwife to the growing community. Frustrated by goods that came from a riverboat that could run only half the year, she started the first store. Through all this, Jennie was eternally buoyant; she never felt misused or deprived, only content, proud and happy. But when the outside world threatened Hawthorn Lodge in the form of a railroad right against the house, Jennie found she had to swallow her anger and make the best of it. When World War I took two of her boys away, she did what she could to help the soldiers while hating the war. Having successfully raised the four boys to strong men, Jennie’s years at Hawthorn Lodge, Tiger, Washington, come to a tragic end, and we last see her heading back to California and the outside world. 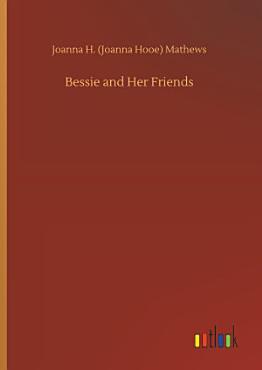 Bessie and Her Friends

Reproduction of the original: Bessie and Her Friends by Joanna H. (Joanna Hooe) Mathews 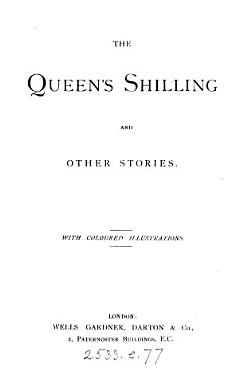 The queen's shilling and other stories 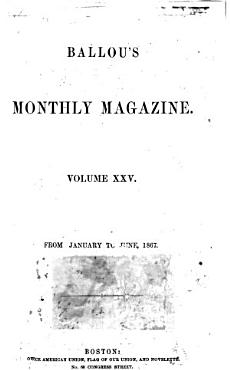 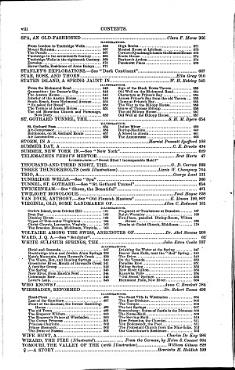 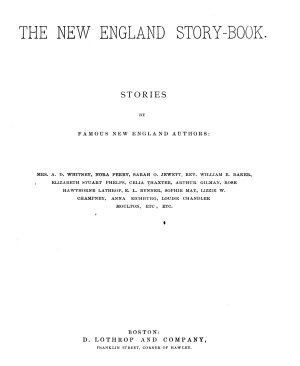 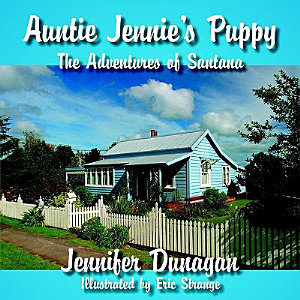 This book is one man's quest to find the right puppy for his wife. The book takes him to many family members and friends for advice. It incorporates love of family and animals. (Stay tuned for many more adventures of Santana, Auntie Jennie's puppy.) Why I wrote it. I had four surgeries in a two year period. I was feeling very depressed and lonely. My husband decided to get me a puppy for companionship. He (Santana) became my muse. I felt that if his presence could bring me such laughter, love and healing, that I should share our experiences with everyone. I take him to visit the elderly at nursing homes and I write children's books about the life and times of my puppy Santana. 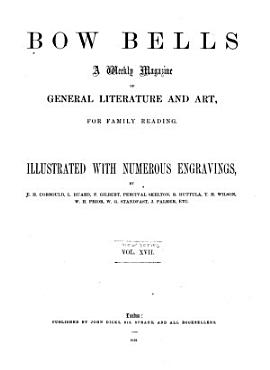 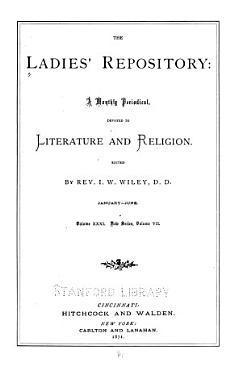