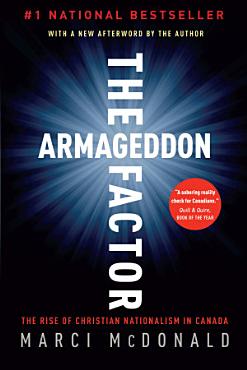 In her new book, award-winning journalist Marci McDonald draws back the curtain on the mysterious world of the right-wing Christian nationalist movement in Canada and its many ties to the Conservative government of Stephen Harper. To most Canadians, the politics of the United States — where fundamentalist Christians wield tremendous power and culture wars split the country — seem too foreign to ever happen here. But The Armageddon Factor shows that the Canadian Christian right — infuriated by the legalization of same-sex marriage and the increasing secularization of society — has been steadily and stealthily building organizations, alliances and contacts that have put them close to the levers of power and put the government of Canada in their debt. Determined to outlaw homosexuality and abortion, and to restore Canada to what they see as its divinely determined destiny to be a nation ruled by Christian laws and precepts, this group of true believers has moved the country far closer to the American mix of politics and religion than most Canadians would ever believe. McDonald’s book explores how a web of evangelical far-right Christians have built think-tanks and foundations that play a prominent role in determining policy for the Conservative government of Canada. She shows how Biblical belief has allowed Christians to put dozens of MPs in office and to build a power base across the country, across cultures and even across religions. “What drives that growing Christian nationalist movement is its adherents’ conviction that the end times foretold in the book of Revelation are at hand,” writes McDonald. “Braced for an impending apocalypse, they feel impelled to ensure that Canada assumes a unique, scripturally ordained role in the final days before the Second Coming — and little else.” The Armageddon Factor shows how the religious right’s influence on the Harper government has led to hugely important but little-known changes in everything from foreign policy and the makeup of the courts to funding for scientific research and social welfare programs like daycare. And the book also shows that the religious influence is here to stay, regardless of which party ends up in government. For those who thought the religious right in Canada was confined to rural areas and the west, this book is an eye-opener, outlining to what extent the corridors of power in Ottawa are now populated by true believers. For anyone who assumed that the American religious right stopped at the border, The Armageddon Factor explains how US money and evangelists have infiltrated Canadian politics. This book should be essential reading for Canadians of every religious belief or political stripe. Indeed, The Armageddon Factor should persuade every Canadian that, with the growth of such a movement, the future direction of the country is at stake.

Doctor Who and the Armageddon Factor 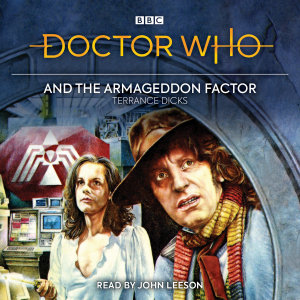 Doctor Who and the Armageddon Factor

Some time ago the White Guardian, one of the most powerful beings in the Cosmos, set the Doctor an urgent task to find and reassemble the six segments of the Key to Time. Having successfully retrieved five of the segments, the Doctor and Romana arrive on the planet Atrios in the middle of an atomic war. There they must search for the last, most vital piece of the Key. However, sinister dangers await them in this final stage of their quest. The actions of the Marshal of Atrios, operating under a mysterious influence, look certain to bring about armageddon for them all. 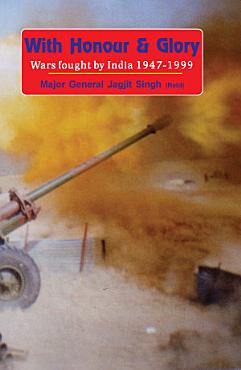 This Book Details The Nuclear Weapon Capabilities Of India And Pakistan Prior And Subsequent To The Pokharan And Chagai Tests Of 1998. It Also Deals Wth The Delivery Systems Available To Both Sides And With Possible Command Structure For The Emerging Nuclear Arsenals. 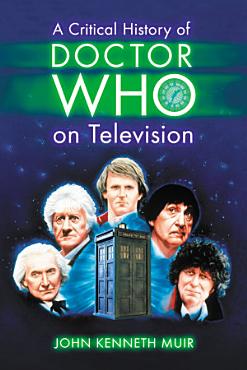 A Critical History of Doctor Who on Television

Since its inception in November 1963, the British science fiction television series Doctor Who has exerted an enormous impact on the world of science fiction (over 1,500 books have been written about the show). The series follows the adventures of a mysterious "Time Lord" from the distant planet Gallifrey who travels through time and space to fight evil and injustice. Along the way, he has visited Rome under the rule of Nero, played backgammon with Kublai Khan, and participated in the mythic gunfight at the O.K. Corral. Predating the Star Trek phenomenon by three years, Doctor Who seriously dealt with continuing characters, adult genre principles and futuristic philosophies. Critical and historical examinations of the ideas, philosophies, conceits and morals put forth in the Doctor Who series, which ran for 26 seasons and 159 episodes, are provided here. Also analyzed are thematic concepts, genre antecedents, the overall cinematography and the special effects of the long-running cult favorite. The various incarnations of Doctor Who, including television, stage, film, radio, and spin-offs are discussed. In addition, the book provides an extensive listing of print, Internet, and fan club resources for Doctor Who.

Avoiding The Armageddon Factor: Justice in an Age of Conservation is a work of political philosophy. It is written as a follow up to The Ark in Space – A Political Philosophy with a Green Agenda. It accepts the premise of the former work in assuming Planet Earth has a finite capacity to tolerate man's exploitation of the environment to satiate his needs. Also assumed as a pretext for the work is the related notion that man driven 'over production' of the planet's natural wares and manipulation of the environment is in some way contributing to possibly lethal climate change. The first part of the provocative title of this work Avoiding the Armageddon Factor, refers to the 'Armageddon' or 'catastrophic conflict' of planet Earth experiencing the environmental fallout of man encouraged/induced climate change. This work assumes that the latter has been caused by the philosophy that man must consume ever more. Avoiding the 'Armageddon' implies the advocation of a global philosophy of conservation which is both just and fair. Conservation is an issue of political justice because it implies for want of a better term a cost or a burden which must be met by the concerted action of man. Justice in an Age of Conservation, the second part of the title of this work thus explores the idea of a fair model of distributive justice. This work conceives of the Earth as a 'global theatre' in which man has been allotted his 'seat'. The analogy is explored to examine how as a species man fashions his collective seat and asks whether he ought to reappraise his proprietal attitude to his 'seat' in the theatre and indeed towards the global theatre itself.

The British Library General Catalogue of Printed Books 1976 to 1982 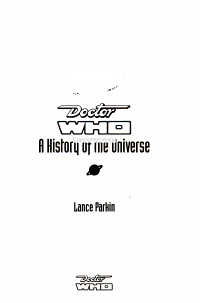 At last, the complete timeline of the Doctor Who universe, from Event One to the universe's final destruction billions of years in the future. This essential reference work reveals the full story of the Daleks, the Cybermen and the Time Lords--as well as a comprehensive history of Earth and humankind, from primitive African tribes to galactic conquest. With dates ranging from the obvious to the obscure, this book is truly an indispensable guide to the world of Doctor Who. 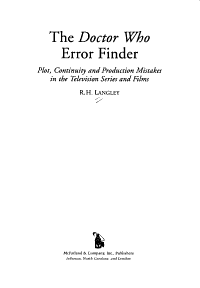 The Doctor Who Error Finder

"This collection of errors appearing in Doctor Who, from every episode of the original television series, the movies, and the spin-offs. Presenting over 4000 errors, plus about 1500 other items of interest, it includes transmitted bloopers such as microph 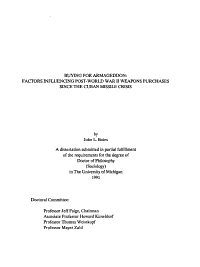 group political action and by institutionalized responses to the changing foreign interests of U.S. based corporations. 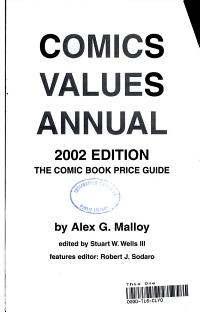 Attract comic book collectors like a magnet Packed with nearly 100,000 classic and contemporary comics and more than 1,000 illustrations, collectors will find updated listings and prices for Acclaim, Classics Illustrated, Dark Horse, D.C., Marvel and much more. Special sections are devoted to the highly collectible Golden Age, Color Comics, Black & White Comics, and Underground Comics. Each listing is cross-referenced and includes issue number, title, date, artist and current collector value in US dollars. Collectors can accurately evaluate and value their collections with the grading guide, current market report and tips for buying, selling, and preserving comic books. 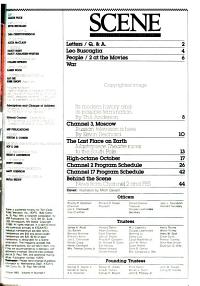 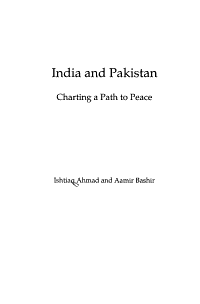 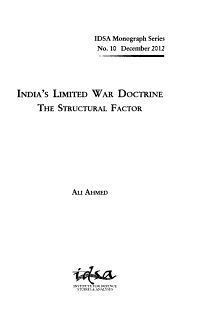 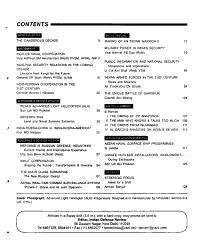 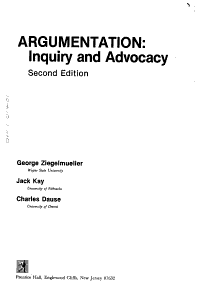