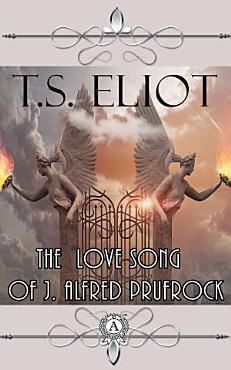 "The Love Song of J. Alfred Prufrock", commonly known as "Prufrock", is the first professionally published poem by American-born British poet T. S. Eliot (1888–1965). Eliot began writing "Prufrock" in February 1910, and it was first published in the June 1915 issue of Poetry: A Magazine of Verse at the instigation of Ezra Pound (1885–1972). It was later printed as part of a twelve-poem pamphlet (or chapbook) titled Prufrock and Other Observations in 1917. At the time of its publication, Prufrock was considered outlandish, but is now seen as heralding a paradigmatic cultural shift from late 19th-century Romantic verse and Georgian lyrics to Modernism. The poem's structure was heavily influenced by Eliot's extensive reading of Dante Alighieri and makes several references to the Bible and other literary works—including William Shakespeare's plays Henry IV Part II, Twelfth Night, and Hamlet, the poetry of seventeenth-century metaphysical poet Andrew Marvell, and the nineteenth-century French Symbolists. Eliot narrates the experience of Prufrock using the stream of consciousness technique developed by his fellow Modernist writers. The poem, described as a "drama of literary anguish", is a dramatic interior monologue of an urban man, stricken with feelings of isolation and an incapability for decisive action that is said "to epitomize frustration and impotence of the modern individual" and "represent thwarted desires and modern disillusionment". Prufrock laments his physical and intellectual inertia, the lost opportunities in his life and lack of spiritual progress, and he is haunted by reminders of unattained carnal love. With visceral feelings of weariness, regret, embarrassment, longing, emasculation, sexual frustration, a sense of decay, and an awareness of mortality, "Prufrock" has become one of the most recognised voices in modern literature. Among the most significant works by Eliot's: "Portrait of a Lady", "Preludes", "Whispers of Immortality", "Gerontion", "The Waste Land", "The Hollow Men", "Ash Wednesday", Ariel Poems", "Journey of the Magi", "A Song for Simeon", "Old Possum's Book of Practical Cats", "The Awefull Battle of the Pekes and the Pollicles", "Gus: The Theatre Cat", "Growltiger's Last Stand", "The Naming of Cats", "Burnt Norton", "East Coker", "The Dry Salvages", "Little Gidding", "Four Quartets".

The Waste Land and Other Poems

Long regarded as one of the fundamental texts of modernism, a treasury of many of T. S. Elliot's most important early poems, combines poetic elements from diverse sources with bits of popular culture and common speech to recreate the chaos of Europe in the aftermath of WWI. Original.

The Love Song of J. Alfred Prufrock and Other Works

This Squid Ink Classic includes the full text of the work plus MLA style citations for scholarly secondary sources, peer-reviewed journal articles and critical essays for when your teacher requires extra resources in MLA format for your research paper. 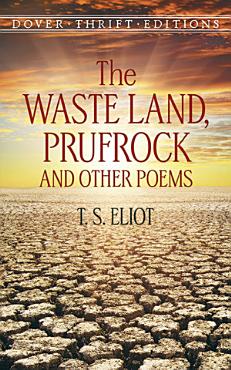 The Waste Land, Prufrock, and Other Poems

A superb collection of 25 works features the poet's masterpiece, "The Waste Land"; the complete Prufrock ("The Love Song of J. Alfred Prufrock," "Portrait of a Lady," "Rhapsody on a Windy Night," "Mr. Apollinax," "Morning at the Window," and others); and the complete Poems ("Gerontion," "The Hippopotamus," "Sweeney Among the Nightingales," and more). Includes a selection from the Common Core State Standards Initiative. 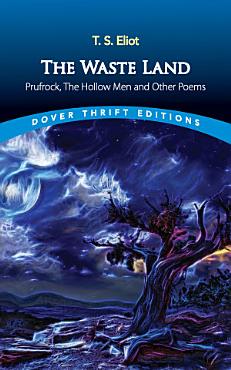 This superb collection of 26 works features the poet's masterpiece, "The Waste Land"; the complete Prufrock and Other Observations ("The Love Song of J. Alfred Prufrock," "Portrait of a Lady," "Preludes," "Rhapsody on a Windy Night," "Mr. Apollinax," "Morning at the Window," and others); "The Hollow Men"; and the collection Poems ("Gerontion," "The Hippopotamus," "Sweeney Among the Nightingales," and more).

A collection of poems composed by Nobel Prize-winning writer T.S. Eliot between 1909 and 1935.

Prufrock and Other Observations

Prufrock and Other Observations (1917) is a collection of poems by T.S. Eliot. Published following the successful appearance of "The Love Song of J. Alfred Prufrock" in the June 1915 issue of Poetry: A Magazine of Verse, Prufrock and Other Observations established Eliot's reputation as a leading English poet and pioneering literary Modernist. Opening with "The Love Song of J. Alfred Prufrock," the collection begins with an invocation of Dante, whom Eliot saw as an important innovator of a polyphonic, referential poetry capable of interrogating and dramatizing the construction and representation of the self. The poem is written from the perspective of a repressed, despairing middle-aged man who meditates on his relationships with women and the regrets he has accumulated with age. In "Preludes," a poem of urban malaise, Eliot "thinks of all the hands / That are raising dingy shades / In a thousand furnished rooms," and reaches for an understanding of the world as "some infinitely gentle / Infinitely suffering thing." Other poems include "Morning at the Window," another brief vision of city life, "The Boston Evening Transcript," a satirical reverie on time and community, and "Cousin Nancy," a humorous lyric celebrating Miss Nancy Ellicott, who unabashedly "smoked, / And danced all the modern dances. Both personal and universal, global in scope and intensely insular, Eliot's poetry changed the course of literary history, inspiring countless poets and establishing his reputation as one of the foremost artists of his generation. With a beautifully designed cover and professionally typeset manuscript, this edition of T.S. Eliot's Prufrock and Other Observations is a classic of English literature reimagined for modern readers. 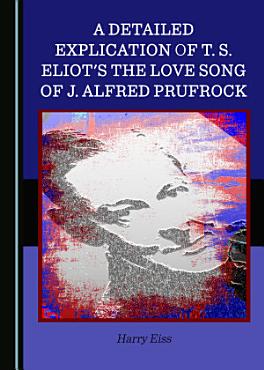 Do I dare disturb the universe? This is a question recognized by people around the world. If typed into the internet, hundreds of examples appear. Many know that it comes from one of the best-known poems of the previous century, T. S. Eliotâs The Love Song of J. Alfred Prufrock. What many do not know is that Eliot dramatically shifted his views at the height of his fame for writing such dark poetry as this and The Waste Land, becoming a sincere, devoted Christian. While his poetry is famous because it expresses the loss of a spiritual center in European civilization, a careful reading of it reveals that he was struggling with his Christianity from the beginning, not rejecting it, but trying to make it fit into the contemporary world. If the reader works through Eliotâs love song for all of the esoteric meanings, as he demands, it quickly becomes evident that he intended it as a struggle between agape, amour and eros. Beginning it with a quote from Dante forces that into place. Though the protestant forms of Christianity have changed their views on these, the Roman Catholic holds fast. Eliot references Michelangelo in the poem, bringing in the great painter of the ceiling of the Sistine Chapel. Most immediately recognize his name and work, but do not realize how he expressed a similar personal struggle between the desires of the flesh and the spirit. Both of them admired Danteâs Divine Comedy, and its inclusion of amour as a means to salvation. Danteâs work is generally seen as the greatest literature ever to come out of Italy. This book is an expanded revision of Seeking God in the Works of T. S. Eliot and Michelangelo. It explores how T.S Eliot struggled with the highest meanings of existence in his poetry and his own life, and perhaps managed to express what has become known as a modernist (and post-modernist) view of what Rudolph Otto designated the mysterium tremendum, the experience of a mystical awe, the experience of God. 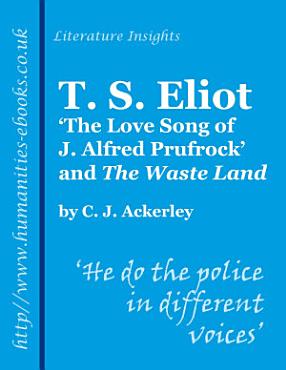 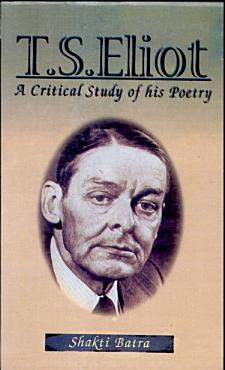 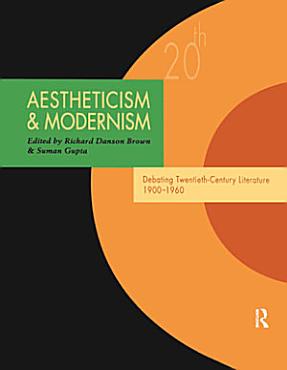 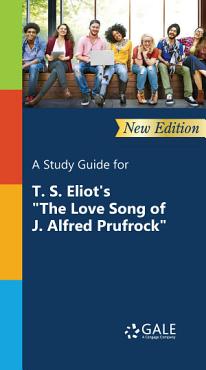 Let Us Go Then, You and I

Let Us Go Then, You and I is a new edition of T. S. Eliot's selected poems, published to celebrate his nomination as the 'Nation's Favourite Poet' in a BBC poll for National Poetry Day 2009. 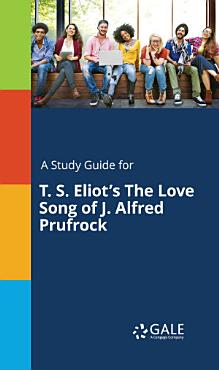 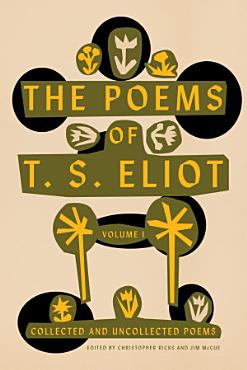 The Poems of T. S. Eliot: Volume I

The first volume of the first paperback edition of The Poems of T. S. Eliot This two-volume critical edition of T. S. Eliot’s poems establishes a new text of the Collected Poems 1909–1962, rectifying accidental omissions and errors that have crept in during the century since Eliot’s astonishing debut, “The Love Song of J. Alfred Prufrock.” In addition to the masterpieces, The Poems of T. S. Eliot contains the poems of Eliot’s youth, which were rediscovered only decades later; poems that circulated privately during his lifetime; and love poems from his final years, written for his wife, Valerie. Calling upon Eliot’s critical writings as well as his drafts, letters, and other original materials, Christopher Ricks and Jim McCue have provided a commentary that illuminates the imaginative life of each poem. This first volume respects Eliot’s decisions by opening with his Collected Poems 1909–1962 as he arranged and issued it shortly before his death. This is followed by poems uncollected but either written for or suitable for publication, and by a new reading text of the drafts of The Waste Land. The second volume opens with the two books of verse of other kinds that Eliot issued: Old Possum’s Book of Practical Cats and Anabasis, his translation of St.-John Perse’s Anabase. Each of these sections is accompanied by its own commentary. Finally, pertaining to the entire edition, there is a comprehensive textual history that contains not only variants from all known drafts and the many printings but also extended passages amounting to hundreds of lines of compelling verse. 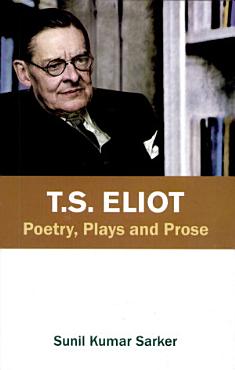 The Genius Of T.S. Eliot Contributed Immensely In Ushering Modernism In Poetry, Play And Literary Criticism. Therefore, Our Knowledge Of Modernism Will Remain Incomplete Should We Fail To Understand Eliot. This Book May Serve As An Introduction To Eliot, The Man, The Poet, The Playwright And The Critic. For The Benefit Of Readers, It Quotes In Full, While Introducing And Explaining, The Poet S Master-Pieces, The Waste Land And Four Quartets, And Also Some Of His Other Great Poems. Further, It Discusses About All Of His Five Major Plays, And Nine Important Essays, At Some Length. 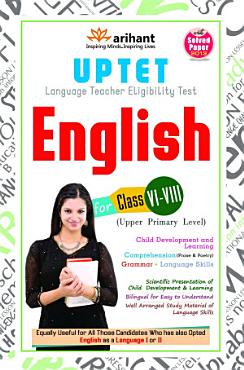