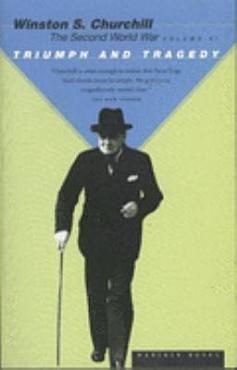 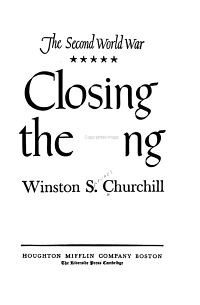 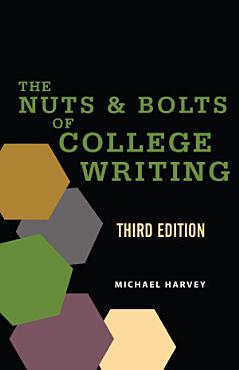 The Nuts and Bolts of College Writing

Updated for the needs of today's students—and with handy citation style guides adapted from The Chicago Manual of Style, Seventeenth Edition, the MLA Handbook, Eighth Edition, and the Publication Manual of the APA, Seventh Edition—the third edition of The Nuts and Bolt of College Writing offers essential guidance for college writers at all levels. Praise for previous editions: "This wonderful little book has helped improve the level of writing in all the courses I teach. No one should graduate from college without having used it." —Gonzalo Munevar, Lawrence Technological University "With concision and wit, Harvey shows college students how to write papers that are clear, cogent, and also stylish." —James Miller, editor, Dædalus "Simply the best guide to clear and effective writing since Strunk and White. Indispensable for students—and for their teachers." —Terry Nardin, University of Wisconsin–Milwaukee 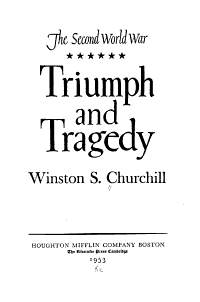 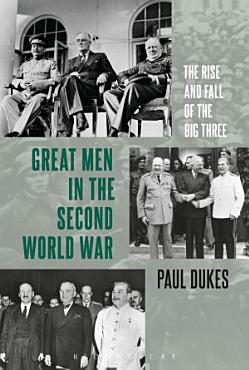 Great Men in the Second World War provides a new perspective on the role of the individual in history. Paul Dukes selects five Great Men, each in his turn one of the leaders of the three victorious powers, the UK, the USA and the USSR. The identity of the Big Three changed significantly during the last months of the conflict. Roosevelt died in April 1945 and was succeeded by Truman. Churchill lost the general election to Attlee in July. Stalin alone provided continuity throughout the conferences of the Big Three, and immediately beyond. The book explores the power of these individuals, asking such questions as: -To what extent did the leaders exert their own influence and to what extent could they be considered to be spokesmen for their countries? -How significant was it that Truman and Attlee had less colourful personalities than Roosevelt and Churchill? -Was Stalin uniquely bad while the others were good? Drawing in particular on the record of their interaction at the Tehran, Yalta and Potsdam Conferences, but also making use of other sources including novels as well as works of history, Paul Dukes sheds light on both the major statesmen involved and the nature of the Second World War. This is a book that will be useful for students of the Second World War and anyone with an interest in the role of individuals in history. 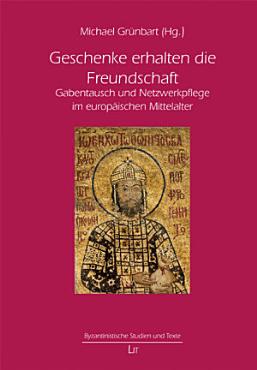 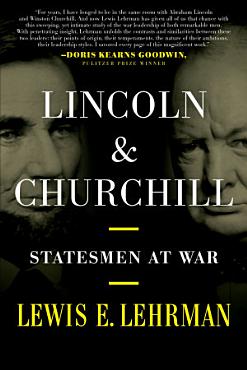 A Renowned Historian Gives New Perspective on Statesmen at War Lewis E. Lehrman, a renowned historian and National Humanities Medal winner, gives new perspective on two of the greatest English-speaking statesmen—and their remarkable leadership in wars of national survival Abraham Lincoln and Winston Churchill, as commanders in chief, led their nations to victory—Lincoln in the Civil War, Churchill in World War II. They became revered leaders—statesmen for all time. Yet these two world-famous war leaders have never been seriously compared at book length. Acclaimed historian Lewis Lehrman, in his pathbreaking comparison of both statesmen, finds that Lincoln and Churchill—with very different upbringings and contrasting personalities—led their war efforts, to some extent, in similar ways. As supreme war lords, they were guided not only by principles of honor, duty, freedom, but also by the practical wisdom to know when, where, and how to apply these principles. They made mistakes which Lehrman considers carefully. But the author emphasizes that, despite setbacks, they never gave up. Even their writings and speeches were swords in battle. Gifted literary stylists, both men relied on the written and spoken word to steel their citizens throughout desperate and prolonged wars. Both statesmen unexpectedly left office near the end of their wars—Lincoln by the bullet, Churchill by the ballot. 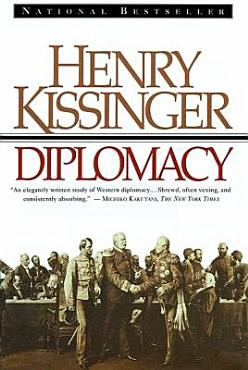 Offering a panoramic view of history and a description of firsthand diplomatic encounters, the former Secretary of State describes his ideas about diplomacy and power balances, showing how national negotiating styles influence outcomes 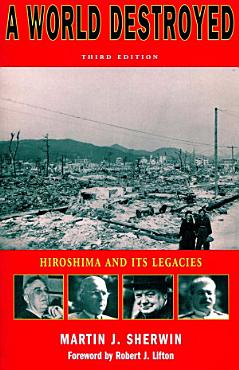 Continuously in demand since its first, prize-winning edition was published in 1975, this is the classic history of the development of the American atomic bomb, the decision to use it against Japan, and the origins of U.S. atomic diplomacy toward the Soviet Union. In his Preface to this new edition, the author describes and evaluates the lengthening trail of new evidence that has come to light concerning these often emotionally debated subjects. The author also invokes his experience as a historical advisor to the controversial, aborted 1995 Enola Gay exhibit at the National Air and Space Museum of the Smithsonian Institution. This leads him to analyze the impact on American democracy of one of the most insidious of the legacies of Hiroshima: the political control of historical interpretation. Reviews of Previous Editions "The quality of Sherwin's research and the strength of his argument are far superior to previous accounts." —New York Times Book Review "Probably the definitive account for a long time to come. . . . Sherwin has tackled some of the critical questions of the Cold War's origins—and has settled them, in my opinion." —Walter LaFeber, Cornell University "One of those rare achievements of conscientious scholarship, a book at once graceful and luminous, yet loyal to its documentation and restrained in its speculations." —Boston Globe 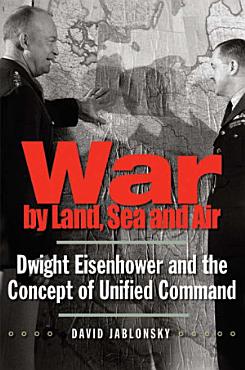 War by Land, Sea, and Air

In this book a retired U.S. Army colonel and military historian takes a fresh look at Dwight D. Eisenhower’s lasting military legacy, in light of his evolving approach to the concept of unified command. Examining Eisenhower’s career from his West Point years to the passage of the 1958 Defense Reorganization Act, David Jablonsky explores Eisenhower’s efforts to implement a unified command in the U.S. military—a concept that eventually led to the current organization of the Joint Chiefs of Staff and that, almost three decades after Eisenhower’s presidency, played a major role in defense reorganization under the Goldwater-Nichols Act. In the new century, Eisenhower’s approach continues to animate reform discussion at the highest level of government in terms of the interagency process. 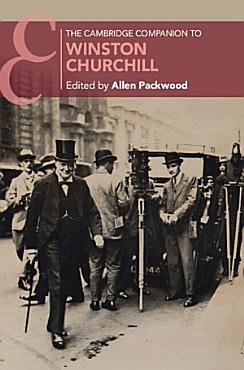 The Cambridge Companion to Winston Churchill

Viewed by some as the saviour of his nation, and by others as a racist imperialist, who was Winston Churchill really, and how has he become such a controversial figure? Combining the best of established scholarship with important new perspectives, this Companion places Churchill's life and legacy in a broader context. It highlights different aspects of his life and personality, examining his core beliefs, working practices, key relationships and the political issues and campaigns that he helped shape, and which in turn shaped him. Controversial subjects, such as area bombing, Ireland, India and Empire are addressed in full, to try and explain how Churchill has become such a deeply divisive figure. Through careful analysis, this book presents a full and rounded picture of Winston Churchill, providing much needed nuance and context to the debates about his life and legacy. 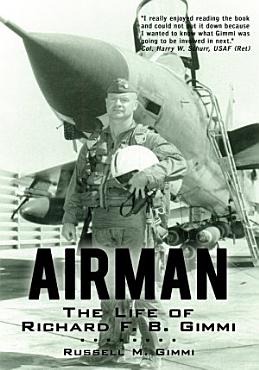 "This is the biography of an extraordinary Air Force pilot, Richard F.B. Gimmi, who began his career flying B-25s in World War II and ultimately flew the F-105 in Vietnam."--Jacket page II. 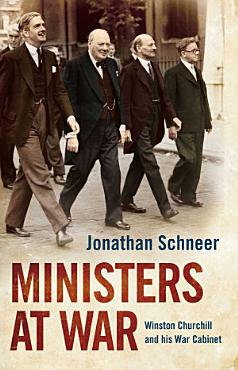 After the defeat of France in May 1940, only one nation stood between Nazi Germany and total domination of Europe – Britain. This is the gripping story of Winston Churchill’s wartime government, an emergency coalition of Conservatives, Labour, Liberals and men of no party, assembled to see Britain through the war. A chronicle not only of their successful efforts to work together but also of quarrels, power plays, unexpected alliances and intrigue, it is an account of the most important political narrative of our time. With a cast of characters featuring some of the most famous names in twentieth-century British history, including Bevin, Attlee, Chamberlain, Beaverbrook, Morrison, Eden, Cripps – and of course Winston Churchill – this magisterial work provides a unique view of the inner machinations of Britain’s wartime cabinet. Dispelling that the War Cabinet constituted an unbreakable 'band of brothers', award-winning historian Jonathan Schneer reveals that this ensemble of political titans were in fact a ‘team of rivals’ that included four Prime Ministers – past, present and future. Both illuminating and engrossing, Ministers at War is the first work to draw upon original research to present a previously unseen perspective of British politics during and after World War II. Schneer shows us that just as the war had kept them together, the prospect of peace saw this supposedly unbreakable band fall apart, thus providing a fascinating insight into the birth of the Welfare State. 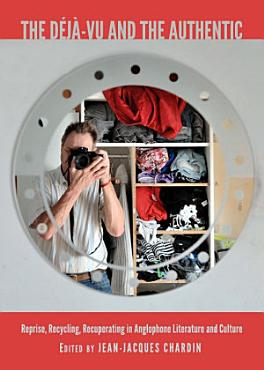 The Déjà-vu and the Authentic

The correlated concepts of the déjà-vu and the authentic suggest that all cultural productions are per se palimpsests whose construction is the result of such processes as reprise, recycling, and recuperating. Reprise is approached as various forms of citation, reference and intertextuality; recycling is defined as commodification and intellectual impoverishment; while recuperating implies the ideological process that makes reappropriation possible. By covering a wide spectrum of research interests, from literature to music, art and the cinema, the seventeen contributions in English or in French explore the political and ethical implications inherent in the creation of culture. 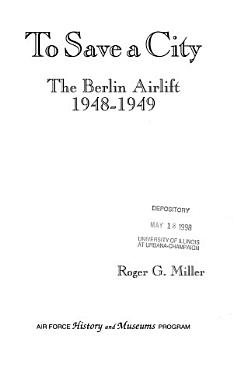 To Save a City 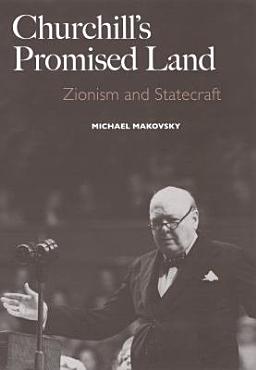 When Dr. E. Fuller Torrey was diagnosed with prostate cancer, none of the books he could find was current enough or comprehensive enough to satisfy his need for information. This book is for the hundreds of thousands of other men who each year receive the same frightening diagnosis. It is the book Dr. Torrey wished he had when he was facing the countless questions that a man with prostate cancer, and his family and friends, all confront. Complete, up-to-date, and readable, the book explains how to come to terms with the diagnosis of prostate cancer, evaluate the severity of the disease, and assess the variety of treatment options and their complications. Many chapters provide information other books barely consider, such as a full discussion of the causes of prostate cancer and an evaluation of other books on the subject. Also included is a summary of the most useful websites. The author mixes his personal experience with factual material, and he maintains a reassuring sense of humour. His advice is practical, with dozens of tips and lists including 'Ten Steps to Sanity for Men Recently Diagnosed with Prostate Cancer'. With Dr. Torrey's book in hand, readers can now tackle all the important decisions about prostate cancer, confident in having the most accurate and complete information available. 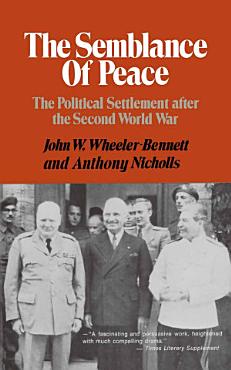