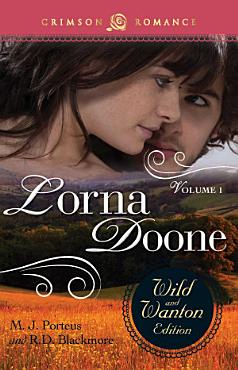 On the border of the English counties of Devon and Somerset, John Ridd’s father is a yeoman farmer murdered in cold blood by a member of the notorious Doone family. John is besotted with Lorna, the granddaughter of the head of the Doone clan, who is to be forced to marry the evil Carver Doone. John helps Lorna escape, but circumstances lead to the discovery that she is not a Doone after all, and the newfound heiress moves. But the Monmouth Rebellion finds John wrongly accused of treason and he has to clear his name in London, where he finds Lorna once more and where their love is rekindled. He is granted a royal pardon, and later Lorna is allowed to join him at his Exmoor farm. Just as they are married in Oare church, Carver Doone shoots Lorna at the altar and John, believing her dead, pursues and kills him. But is his love really dead? Although Lorna Doone is perceived as a romance, it is set in the 1600s, when writings about sexual life at the court and personal diaries such as those of Pepys could be incredibly graphic, even by today’s standards. They were especially scandalous in the prudish Victorian times of the author. Had Blackmore written it in the seventeenth century, or in modern times, he probably would have done so similarly to this updated version and built on the existing innuendo. Sensuality Level: Spicy 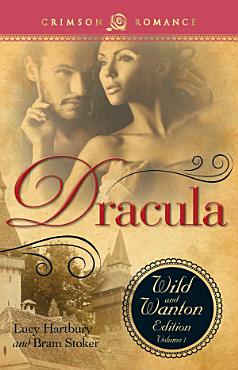 Solicitor Jonathon Harker is lucky to escape with his life after he is duped into visiting Dracula’s castle. But while recovering from his ordeal, he doesn’t realize that his enemy is travelling to England, where his young wife-to-be and her friend, Lucy, reside. When Lucy is struck down by an unknown illness that takes a sinister turn, her friend and doctor, John Seward, is forced to call in his old teacher, Van Helsing, to solve the mystery. Van Helsing's horrifying conclusions throw them all into a desperate battle against one of man’s most cunning and terrifying foes: Count Dracula. Always a spicy novel, this version includes scenes that Victorian prudery stopped Bram Stoker from writing himself. Have you ever wondered what really happened in the castle between Jonathon Harker and Dracula’s women? Or about the doomed relationship between Arthur and Lucy? Here is the famous horror classic revealed in all its sensual glory. Sensuality Level: Sensual 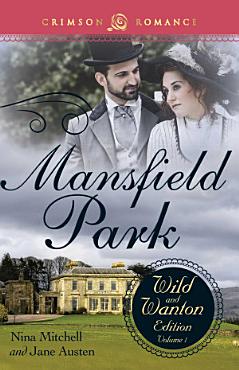 When she is 10 years old, Fanny Price is sent from her poor and large family to Mansfield Park, where she is to be raised by her wealthy aunt and uncle, Sir Thomas and Lady Bertram. Though she grows up in the same home as her four older cousins, she is often treated as a poor and ignorant relation, similar to a servant, and is not afforded the same advances into society as her more privileged relatives. But there is one among her relations who treats her as an equal. Edmund is the second son and the kind-hearted soul of the family. It is not long before Fanny’s childhood appreciation of Edmund’s kindness is transformed into a romantic love more suited to the young woman she’s become. But the fashionably wealthy and attractive brother and sister, Henry and Mary Crawford, arrive at Mansfield and create turmoil for the entire Bertram family - Mary falls for Edward, and Henry falls for all of the female cousins, though he tries to convince Fanny (and himself) that his heart belongs only to her. Will any hearts be spared? Though often described as the least romantic of Austen’s six novels, Mansfield Park comes to life when Fanny’s true romantic and passionate nature is revealed. Indeed before Edmund’s eyes Fanny’s passion and beauty surpasses that of her new and sophisticated friend, Miss Crawford. And it appears that the overly moralistic Edmund has some untapped passion of his own. Can the pursuit of pleasure be enough to bring this romance to a new level? Sensuality Level: Sensual 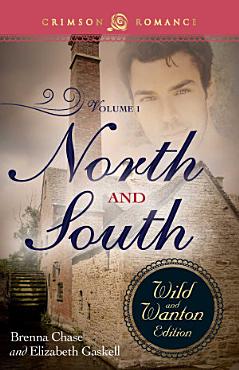 North And South: The Wild And Wanton Edition

Margaret Hale’s life changes dramatically when her father quits his living as a parson in the idyllic New Forest in the South of England and moves the family to the northern industrial town of Milton, intending to become a private tutor. There, she is appalled at the poverty surrounding her and at first finds the local mill workers too rough, but soon she can’t help sympathizing with their plight. John Thornton is a magistrate and owner of a prosperous cotton mill. Forced to become the head of the household at a young age and driven to keep his family from becoming impoverished again, he’s had no time for love. He certainly has no time for a lady who looks down on both him and the industry in which he earns his livelihood. Their beliefs lead them to inevitably clash, but their arguments over his treatment of his workers mask a deep attraction neither wants, and eventually, one that neither can deny. Although it is labeled as a social novel, North and South simmers with sexual tension. Through the backdrop of a labor strike and a riot, through a possible murder and its fallout, through the deaths of loved ones, and the rise and fall of fortunes, the romance between John Thornton and Margaret Hale still entrances readers as it did when first published in 1855. In this updated version, read the steamy scenes that Ms. Gaskell, a minister’s wife, could not include in the original work, from John and Margaret’s first desperate, yet tender, lovemaking to their sizzling reunion in London. Sensuality Level: Sensual 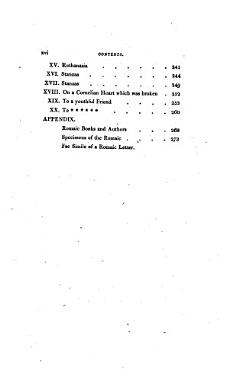 Childe Harold's pilgrimage [cantos 1 and 2, with other poems. Wanting pp 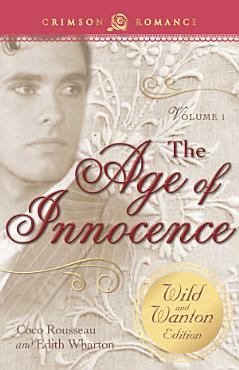 The Age of Innocence: The Wild and Wanton Edition

In Edith Wharton’s Pulitzer Prize-winning novel, The Age of Innocence, adapted by Coco Rousseau, the handsome, wealthy Newland Archer, a member of New York’s upper class, is caught in a web of a love triangle - not one he falls into, but one he creates. Is it the fair and innocent but superficial May Newland, his betrothed, who can bring Newland the happiness, love, and passion he craves? Or will a desperate Newland Archer disregard the rigid, sterile views of high society and abandon May for another - May’s cousin, the beautiful and mysterious Countess Olenska, a married woman who brings scandal wherever she treads? Let intrigue, passion, and lust be your guides as you experience the once hidden, but now openly sensual story of The Age of Innocence. Sensuality Level: Sensual 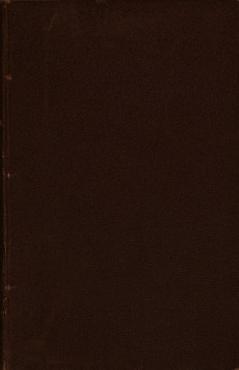 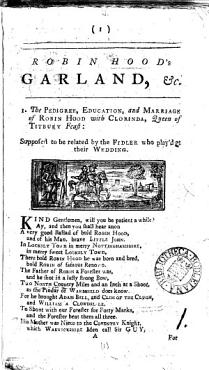 Robin Hood's garland. Wanting all before sig. A 1 and after L 3 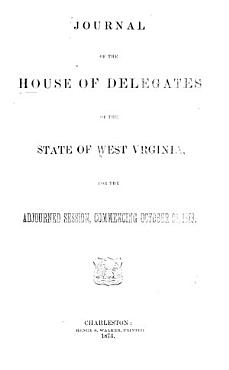 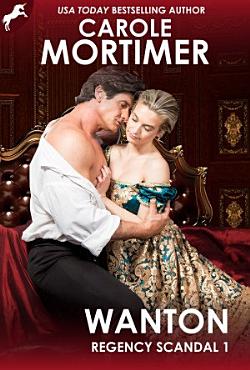 WANTON (Regency Scandal 1) is the first story in Carole Mortimer’s new Regency series, Regency Scandal. It is approximately 25,000. Carole is a USA Today Bestselling Author, Amazon #1 Author, and an International Bestselling author. She has written over 260 romance novels in different genres. Until a year ago Xavier Asherton, the Duke of Northcliffe had known only three things about Lady Diana Fitzwilliam. She was young, beautiful, and a widow. Since then Xavier has also learned, after his younger brother, Raphael, died in Lady Diana’s bed, that she was his brother’s mistress. Unfortunately, for many past tormenting and sexually frustrating months, Xavier has also learned that Lady Diana is now the only woman he wishes to take to his own bed. Being propositioned by Society’s most eligible bachelor, Xavier Asherton, the Duke of Northcliffe, would no doubt be a thrill for any woman. Unless they are Lady Diana Fitzwilliam. Because Diana knows, no matter how much the duke might express his desire for her, that he must also harbour anger toward her for the manner in which his brother died. Nevertheless, the passion and desire burns so hotly between the two of them they are unable to deny it. Or each other. But Diana fears what will happen when or if Xavier discovers her secret. 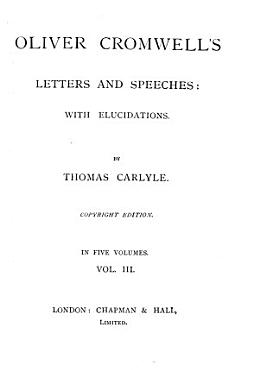 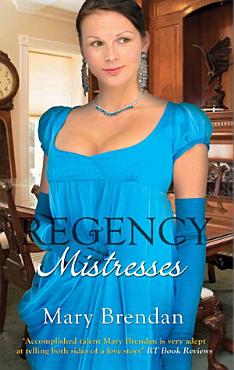 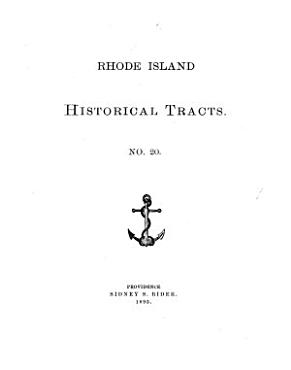 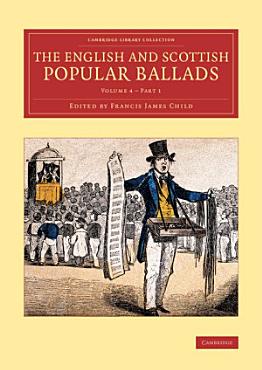 The English and Scottish Popular Ballads

Published 1882-98, this ten-part work by Harvard's first professor of English became an essential resource for scholars and folklorists. 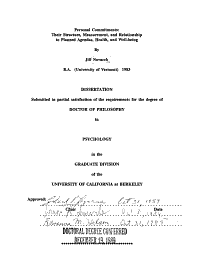 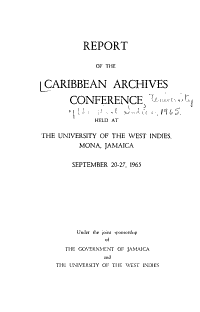 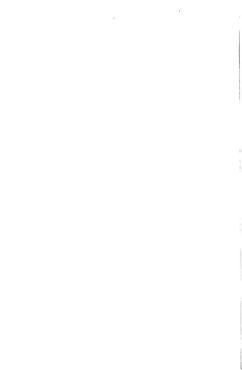 Catalogue of the Library of Parliament